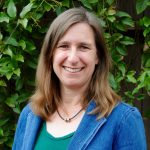 "We are obligated as a society to provide a means for insuring that justice is open for all, not just those of wealth.”

Strategic planning, non-profit management, growth of the association, development of the Board and staff.

Stephanie Haffner drew inspiration to attend law school from her undergraduate studies in Government and Afro-American studies, followed by what’s been affectionately dubbed a “masters” in community-based legal practice with the Concerned Citizens of Tillery, North Carolina. There, she frequently communicated with lawyers supporting environmental justice and land preservation work, including legal protections to secure historically Black land ownership.  A graduate of UC Berkeley Law School, Stephanie began her formal legal career at California Rural Legal Assistance in Stockton, where she chaired its statewide public benefits task force and served as lead counsel in Price v. City of Stockton, a housing and redevelopment case that secured replacement housing and relocation benefits for hundreds of residents of downtown Stockton hotels.  Stephanie supervised the Housing/Consumer Advocacy Group at Neighborhood Legal Services of Los Angeles County, then joined Western Center on Law & Poverty as a Senior Litigator, helped reopen its Bay Area office, and eventually served as a Director of Litigation. Stephanie is a life-long student of Spanish, having been raised in New Mexico, and worked with clients bilingually throughout her career.